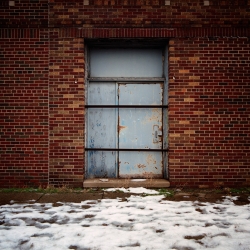 I recently received a comment that stated, “What Detroit needs is a Free Zone with absolutely no taxation for at least a decsde in the worst part of the city. No city, no state or federal taxes of any kind.The hardest hit area of Detroit would become the most vibrant area of the country in no time.”

I sometimes wonder if people really think things through before making comments like this. I do agree that absolutely no taxes would be quite a draw to the area. But who would it attract and what would the area be like? Does this commenter believe that it will be all God fearing Christian Republicans? It’s not just conservatives that don’t like to pay taxes. Just like it’s not only liberals who like to break the law.

A completely tax free haven in the center of Detroit. Just think about it for a second… Detroit is one of poorest cities in the country with sky high crime rates, 22% unemployment, and rampant vandalism and arson. Let’s just plop a bunch of enthusiastic hippies, libertarians, and a smattering of curious liberals and conservatives in the middle of said city. And since there would be no taxes, there would be no services. No water, no sewer system, no garbage pickup. Where are you going to get a clean source of water from? Where is your human waste going to go? Are we going to have a third world city with human waste flowing through the streets? No taxes, no police. Who do you call when the roving bands of criminals come to your house. The libertarians will claim they’ll defend themselves. I’m sure the wild west would be a big draw for visitors and potential businesses. People come to this country to escape that, not to be part of it. 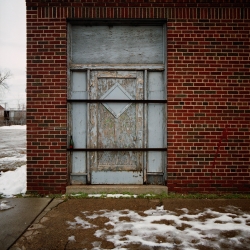 What happens when the arsonists set your house on fire? Who will you call? The fire department. There won’t be one. No taxes, no fire department. Maybe you can get a bucket brigade going with the non-existent water from the non-existent water supply. I suppose you could start your own police and fire departments, build your own water and sewer infrastructure, but then you’d have to collect taxes to pay for them. If you’re going to collect taxes, you’ll have to form a government.

The fact of the matter is, the wild west makes for good stories and movies, but probably wouldn’t be enjoyable for more than a very small and very anti-social segment of the population. Think of the uni-bomber, Timothy McVeigh, and Terry Nichols. Sounds like good company. I bet the block parties would be fun. Which one of the neighbors would you let your kids play with?

Maybe I’m making assumptions though. Maybe the commenter meant that there should be no taxes but that services should still be provided. I certainly hope not though, since the commenter is dead set against wealth redistribution, which is, of course socialism, and making the surrounding population pay for his social experiment would certainly violate his own principals. It’s okay though. I know people make these types of comments because they know they’ll never happen. 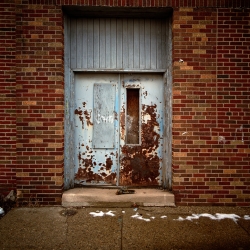 I only got on this topic because of my recent use of Twitter in which I can view a bizarre stream of consciousness in which I see things like:

“Liberals believe anyone with a gun might go crazy at any minute..”

” The law is never settled when liberals are involved”

“vermont legalizes the redefine marriage. liberals need there own country. lets start today to divide the nation into 2 or 3 nations.”

“Hey liberals, You didn’t win the 2008 elections, the GOP lost them; there’s a VERY BIG DIFFERENCE in the two!!!”

“Will the conservatives of this country ever band together? Obama is setting up this country to be destroyed by our enemies!”

I tried to find tweets where liberals were bashing conservatives, but couldn’t find any. Oops…correction. One just popped up:

Maybe the overwhelming number of bitter political tweets comes from conservatives (at least from my very short experience), because they’ve lost what they perceived  as control of the political direction of the country. I suppose if I’d used Twitter while George W. Bush was president, the bitter comments may have been overwhelmingly liberal. Who knows. It’s easier to relax, when your party is in power.

My point was going to be the absolute political division that our country faces today. Maybe it’s always been this bad  but has become more obvious due to modern day communication. Now you can berate your neighbor on Twitter and never have to say it to their face. You can hate “them” virtually, and act civil while you are around them physically. Pretty sad when so many think that all of the problems they, or their country face has been caused wholly by someone else. One tweeter actually supposed that the stock market went down because
Barack Obama came back to the country. Uh…that’s just dumb.

Update – I had to add links to two videos that relate to this post. Both are very good.

Baracknophobia – Very funny. Did Michelle Bachman wear her aluminum foil cap on the campaign trail, or did she only become paranoid/delusional after winning election?

Jonathan Haidt: The real difference between liberals and conservatives –  Very interesting, and to be serious, I could probably take a lesson away from this talk.

Have you ever heard of the free market? If Detroit was a tax-free zone, entrepreneurs would rush in and fill the need for services. Police department? No problemo, contract with the county sheriff’s office or state patrol until one is created from scratch funded by a local sales tax or a fee schedule. Same thing with a fire department, garbage services, water & sewer, etc. Where is human waste going to go? Dude, where is it going NOW? Do you realize how absurd your argument is, when you resort to strawman crap like Detroit will become the Wild West? As if it isn’t now?

There wouldn’t be any hippies or people who believe others owe them a living. There would be no incentive for those who pay no taxes to want to move into the Free Zone (think ultras enterprise zone) because that would give them no benefit.

The first people to move in would be those who want to buy up property and sell them for a profit. People who have a good income would basically see their income double because of the lack of taxation.

Now that is real stimulus.

Residents of the Free Zone would pay a private service to pick up their garbage and pay a subscription fee for private fire service coverage. Private security would flourish but I would have to assume that the County Sheriff’s Department would find local business willing to pay them to have a certain number of deputies stationed there. And of course just about every adult would own a gun.

Residents would actually pay for the water they use, what a concept, so I am sure water providers would be happy to sell it.

There is no particular reason for them to collect any taxes really since the people who would move to such a place would be the most self-reliant and self-sufficient kind. There are no services provided by government that could not be done less expensively by the private sector.

The anti-social types would hate a place like this, they would stand out like sore thumbs. They would find the place an environment where thier types are not put up with.

Brian, of course I’ve heard of the ‘free market’, but you yourself state that a ‘tax’ may be collected to pay for a police force. The Wayne County Sheriff’s Department isn’t going to contract with individuals unless you are willing to pay a small fortune.

Human waste now goes through a sewer system paid for and maintained with public tax dollars. If you don’t pay taxes the system will eventually stop working. It doesn’t last forever.

I don’t disagree with the concept entirely, but I don’t think people think these types of ideas through very well. This country’s already been through the frontiersman era, and the people got together to get things done in a cooperative manner (aka, local governments).

I just think you are a bit optimistic with your view of what Detroit would be like as a ‘tax free zone’. You make it sound like a commune with guns.

Furthermore, much of Detroit already is a tax free zone. In Detroit it’s known as the black market.

The irony of a liberal’s blogging on the devastation of Detroit is rich as it was liberal policies that destroyed it and are in the process of destroying the rest of Michigan. I know from experience; I live in Buffalo.

Well, I consider myself independent. I bash the left, right, and center equally. It’s not about liberal vs conservative for me, it’s about commentary on things I see as interesting.

You are free to label me as you like though.

Its the liberal elite that has destroyed Detroit..Where are you when we need you Coleman Young… 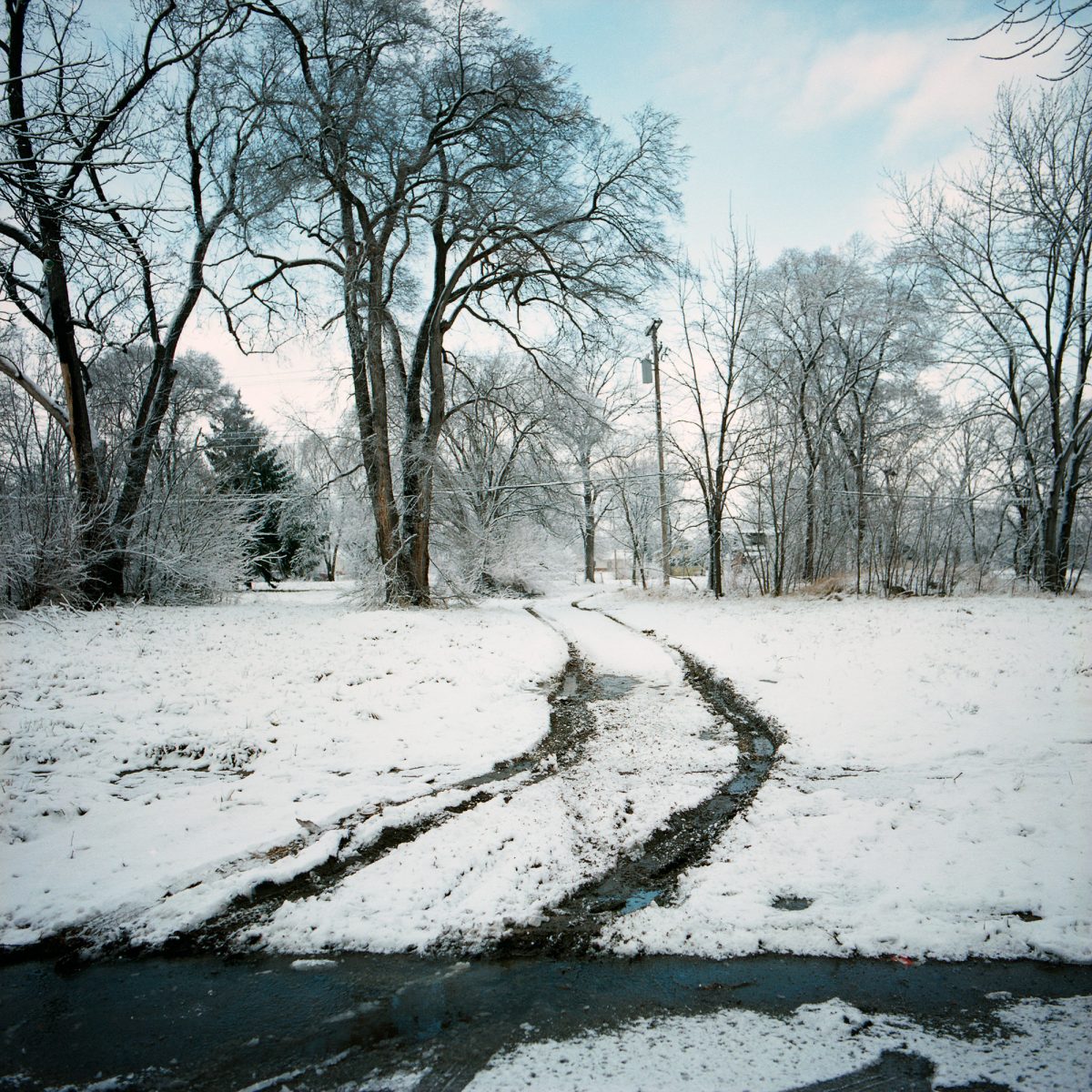