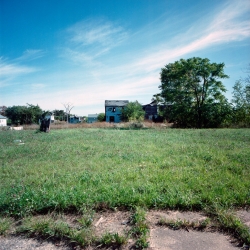 With 2009 upon us, and the current economic situation not looking good, it’s time for Metro Detroit to make some New Year’s resolutions of its own.

Everyone knows about Detroit’s problems, and by the looks of things, the entire state is in big trouble. Detroit is not alone, however, and just like individuals, small businesses, and corporations, the city is in competition with other Metro areas, to attract (and keep) the best people and companies. Many states and cities around the country are facing very tough financial outlooks. There’s no way for Detroit and Southeastern Michigan to avoid the tough times ahead. What the area can do, however, is work together to make smart investments and chart a course for a better future. As individuals we can, in tough times, hide our money under a mattress, or make investments in our future. We can keep our fingers crossed that the job we’re in will exist beyond next week, or that the social safety net we’re relying on will be there tomorrow, or get additional training to prepare ourselves for better paying jobs in the days ahead. Corporations that fail to invest in new technologies, stop marketing, or fail to invest in there employees will be far behind their competitors that do make those investments when the economy recovers. Similarly, an area lacking a decent education system, infrastructure, and basic services, will lose out to the areas that have been making smart investments over the years.

Detroit’s got crumbling infrastructure, a pathetic school system, unreliable city services, and lacks a comprehensive transportation system. In fact the whole state has infrastructure problems and no mass transit other than a hodgepodge mix of bus systems. The area’s rapidly aging population is going to have problems getting around, particularly in the winter. Services and housing are far apart with few options for moving between them. Michigan’s mantra could be “No car?  Tough shit!” Most areas in the state lack any kind of cohesive urban center, and most have no viable plan to create one.

I could go on, but I, and others have regularly bitched, moaned, ranted, and reported on the area’s problems. So what will Detroit and the rest of Michigan do about it? Who knows…probably not much judging by the past, and the unwillingness of most to embrace change. Detroit, and Michigan, are in desperate need of change. The area needs to become better. A plan needs to be formulated and pursued, no matter how difficult. Michigan needs more than just slackers who have high tolerance for mediocrity, more than a population heading quickly for retirement (if such a thing exists any more). Detroit needs young, energetic, motivated, entrepreneurial and educated individuals who will not only embrace change, but make it happen.

So my suggested New Years resolution for Detroit is: “Stop being such a crappy place.” 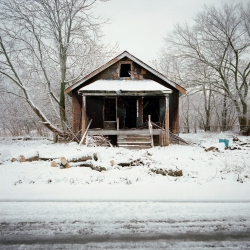