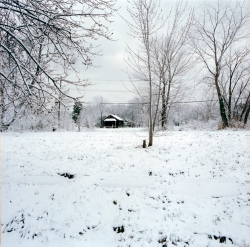 Detroit and Michigan  have both been in the news quite a bit lately. Almost every evening news cast, in, and outside of, Michigan, has been focused on whether or not the Big 3 would get a loan (or a bail out, depending on your point of view). Now it appears that at least two of the Big 3 will have access to roughly $17 billion in Federal loans. The big question now is whether or not this loan, at around half of what was requested, will enable the Chrysler and General Motors to survive.

Unfortunately, even if the Big 3 do all survive, they will not be what they used to be, and neither will Michigan. The days of higher than average pay for both blue and white collar jobs at the Big 3 are over, and this will exact a heavy toll on the, heavily automotive dependent, Michigan economy. As it is, Michigan once again leads the nation in unemployment, while Detroit continues it’s downward slide, defying the belief once held by many that Detroit had nowhere to go but up. Michigan can’t seem to pass anti-smoking legislation, even as states such as Kentucky, and countries such as Italy, and France have passed smoking bans. And a decent mass transit system is still years away, though at least progress is being made in this area. Apparently the dire economic situation has made some of our previously reluctant politicians to expand Cobo Hall, and hopefully save the North American International Auto Show.

The most interesting news reports on Detroit though, have been about it’s long declining population. This is, of course, nothing new. Detroit’s population peeked in 1950 at almost 2 million. Since then the decline to roughly half it’s peek, leaves the city with around 850,000 residents. The Detroit Free Press, reports that Manhattan, Boston, and San Fransisco, could all fit in the boundaries of Detroit with room to spare. Apparently, at the rate of decline Detroit is experiencing, the city will be 50% vacant within five to ten years. The amount of vacant land has lead to an increase in the population of generally non-city dwelling animals, such as pheasants and coyotes. The city has also seen a large increase in the amount of urban farming. Perhaps Detroit will be the first American city to go from urban to suburban, or even rural classification. While the current state of the city is scary to say the least, the possibilities for Detroit’s future are much more interesting. Camilo Jose Vergara once suggested that Grand Circus Park become a skyscraper graveyard theme park. My wife always thought Detroit should turn it’s vacant land into large parks or green areas. I have been fond of recommending (tongue in cheek) that Detroit tries reverse annexation. While I don’t generally like eminant domain laws, I do think it’s impossible for a city of 850,000 (and still declining) to maintain and provide services to an area of 139 square miles. It’s possible nothing will change, and Detroit will continue it’s decline for the foreseeable future. It’s also possible that Detroit, and the Metro area, can make something better with this, potentially, clean slate.

4.5 years ago g.w. bush had the audacity to speak in cleavland and tell them[a city so much like detroit] that our economy was “strong and growing” he needs to retire to detroit and live a little of that economy he spoke about. with clowns like that no wonder our industrial base is about like berlin in the late 1940s. i’m glad that pig is gone. j.l.c.