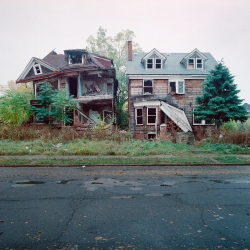 I’m occasionally accused of only pointing out Detroit’s flaws. It’s mostly true. I do have a “glass is half full” kind of attitude about Detroit. Actually my attitude is more of a “glass is empty” sort of attitude. But this isn’t elementary school. I’m not a bully, and Detroit’s not a little school child. I’m one person pointing out why droves of the most desirable people are leaving Detroit. And I do point out what I think needs to change. Detroit can take it.
And I’m not alone. Lately Detroit’s daily paper’s have taken up the cause as well.

The Free Press is reporting about the Nation’s cities, and what needs to change in order to keep them safe, vibrant, and economically viable. While this series does not focus solely on Detroit, it does point out what Detroit faces, and what it needs to do in order to recover from the depths it’s reached.

The News is reporting about the horrible state of the Detroit Public Schools, and right or wrong, presenting a way to fix it.

The Free Press compares Detroit and Pittsburgh. Detroiters often defend Detroit, pointing out how it’s so different from other cities. Of course it’s not that different. And the solutions aren’t that different either.

And here’s something I’ve mentioned and complained about before. Some idiots still refuse to get with the times. Banning smoking, in public spaces, is within State’s rights of protecting public health, and does not ruin local economies.

An article in the Free Press about how Detroit’s biggest problem is providing basic services to it’s residents.

A Free Press article about Michigan’s over supply of homes.

The area still can’t get it’s act together on the convention center (goodbye Auto Show?).

Some will say that all this misses the good things happening in the area. That may be the case, but reporting about the lipstick on a pig, doesn’t prevent anyone from recognizing that it’s still a pig. Detroit and the Metro Area, won’t get better until a majority of the residents look in the mirror and realize the area’s failings, of which there are way too many.