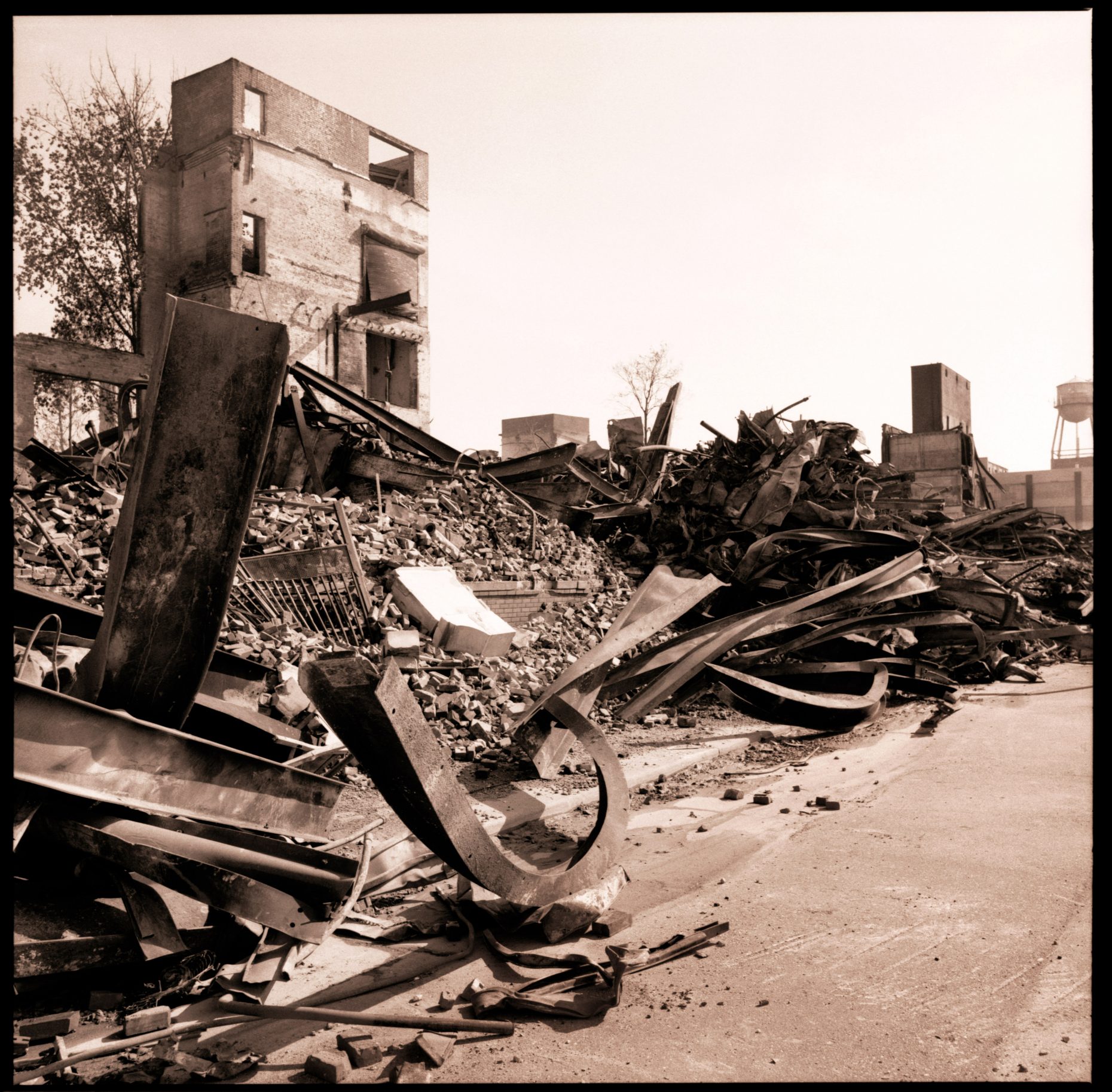 Detroit’s Studebaker automotive plant was built in 1906, and was originally for the Wayne Automobile Company. At one point, after Wayne Automobile Company merged with Everitt, Metzger and Flanders, it was the worlds second largest producer of automobiles. Studebaker acquired Everitt, Metzger and Flanders, and the plant in 1910, and Chrysler took over in 1928 after Studebaker moved to South Bend, Indiana.

Eventually a portion of the plant was abandoned while the eastern end was used for the Piquette Market. The abandoned portion caught fire on June 20, 2005, and eventually spread through out the structure, becoming a five alarm fire. The entire building was destroyed. 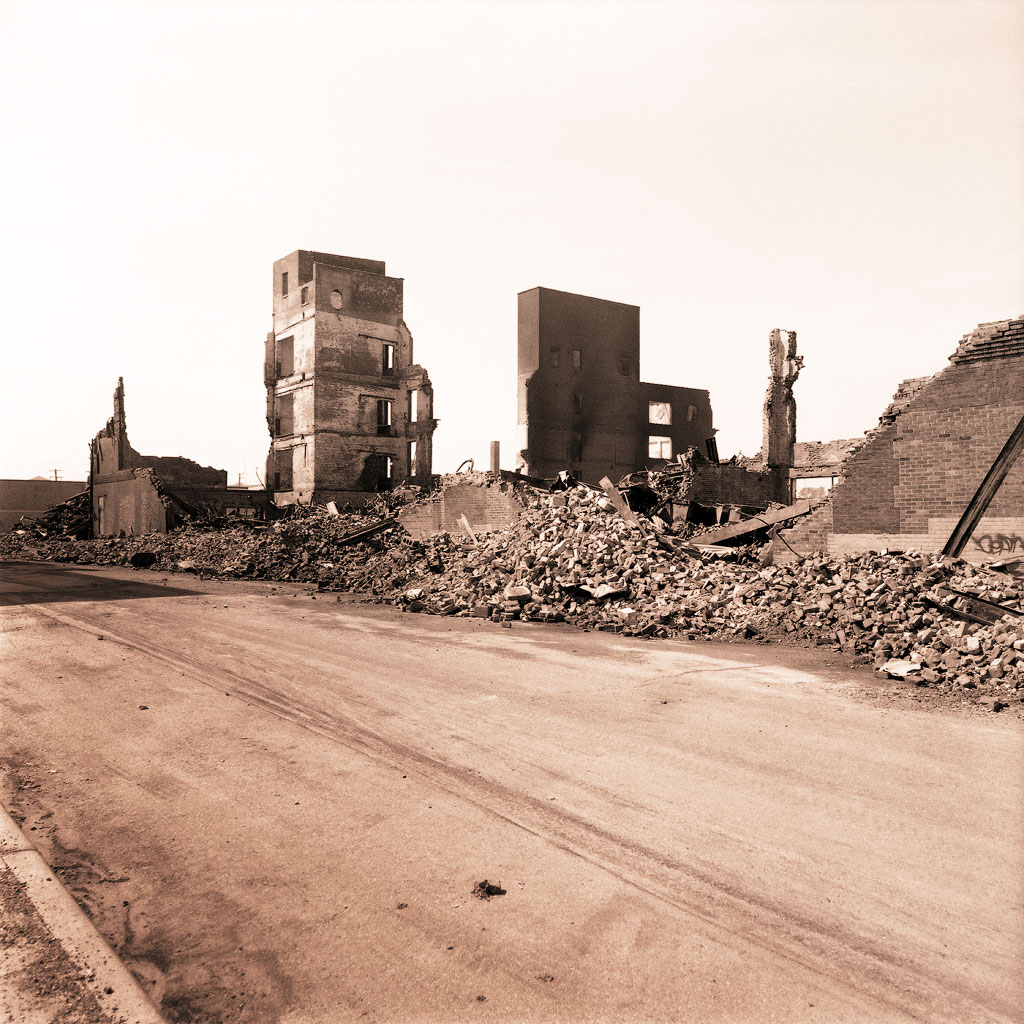 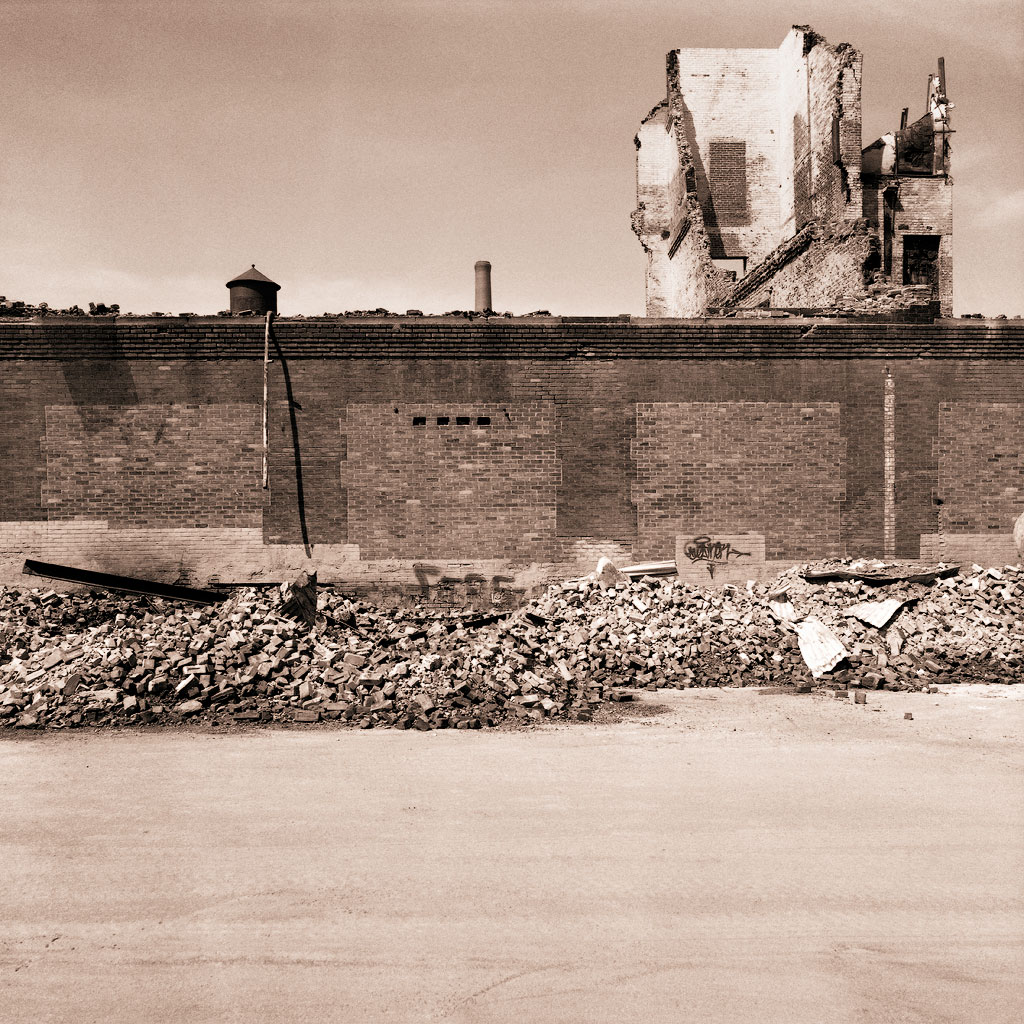 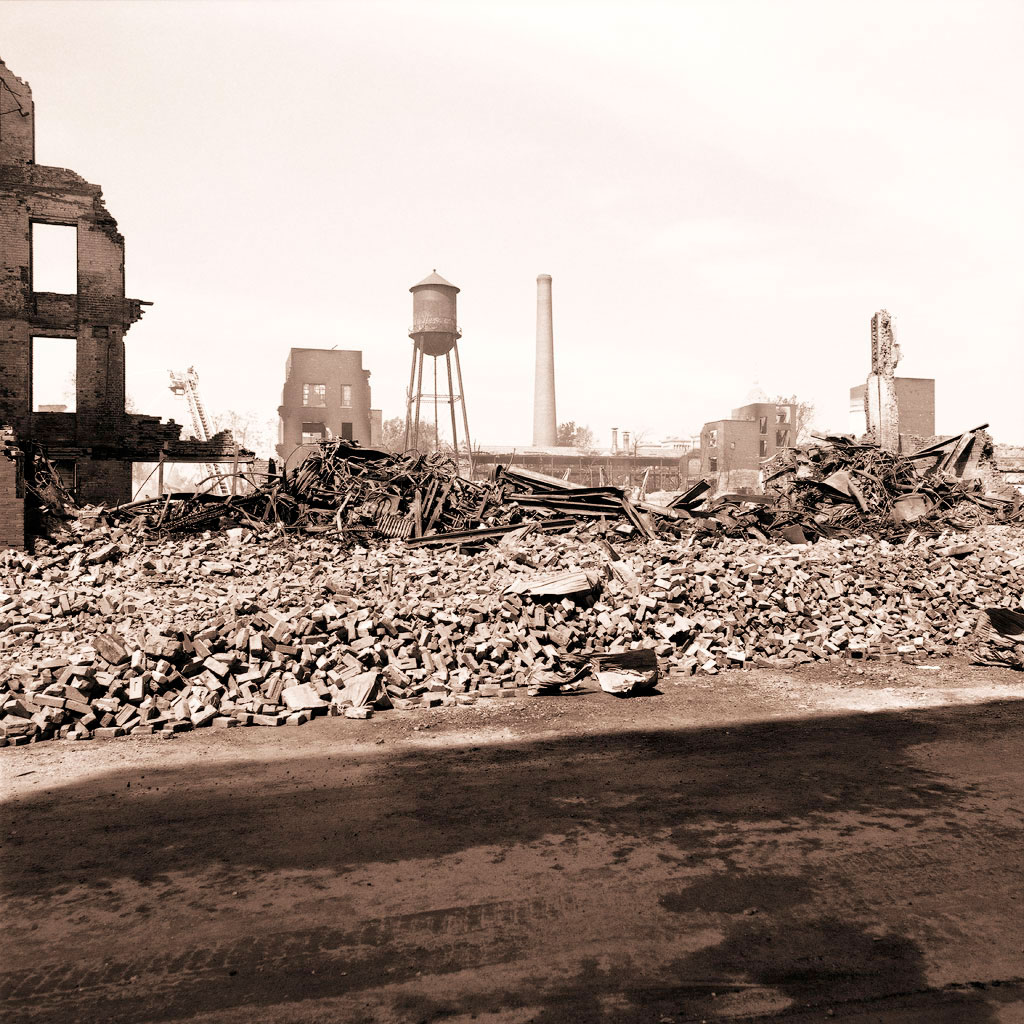 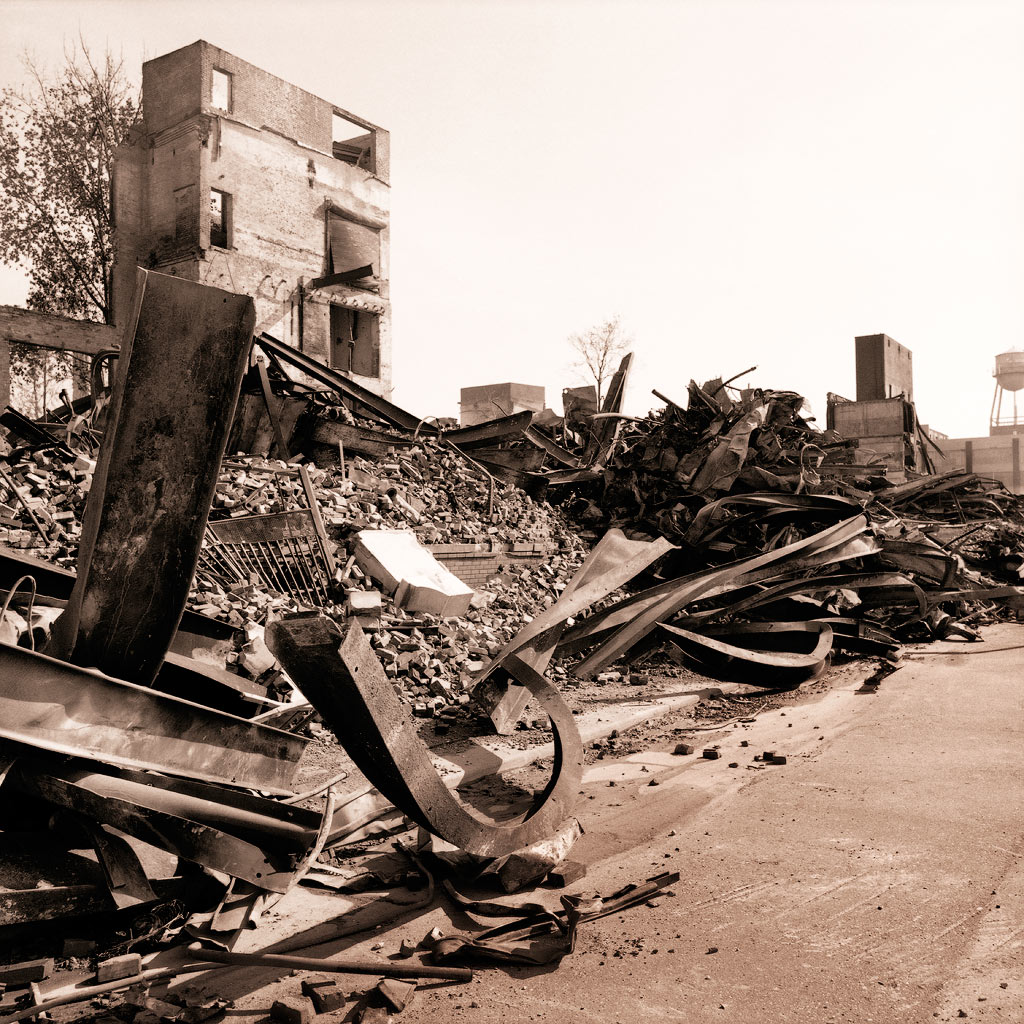 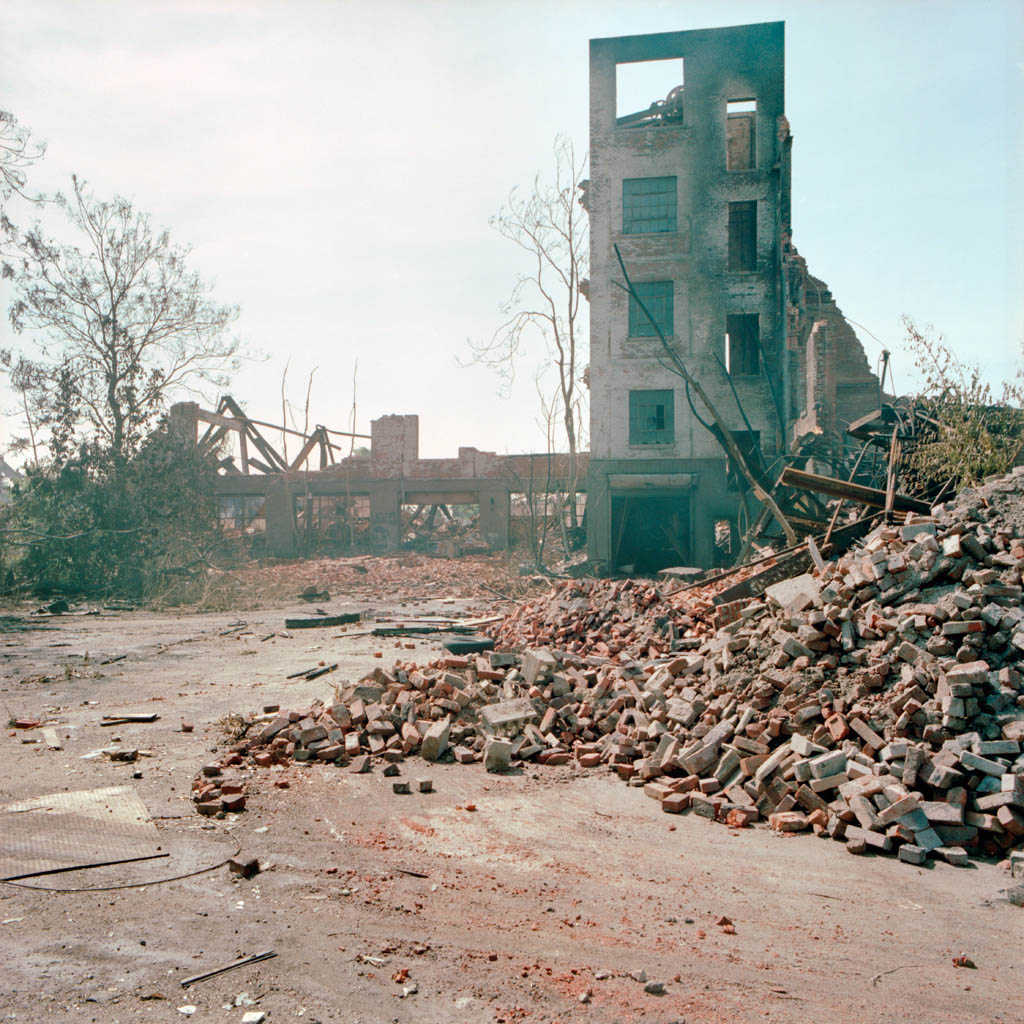 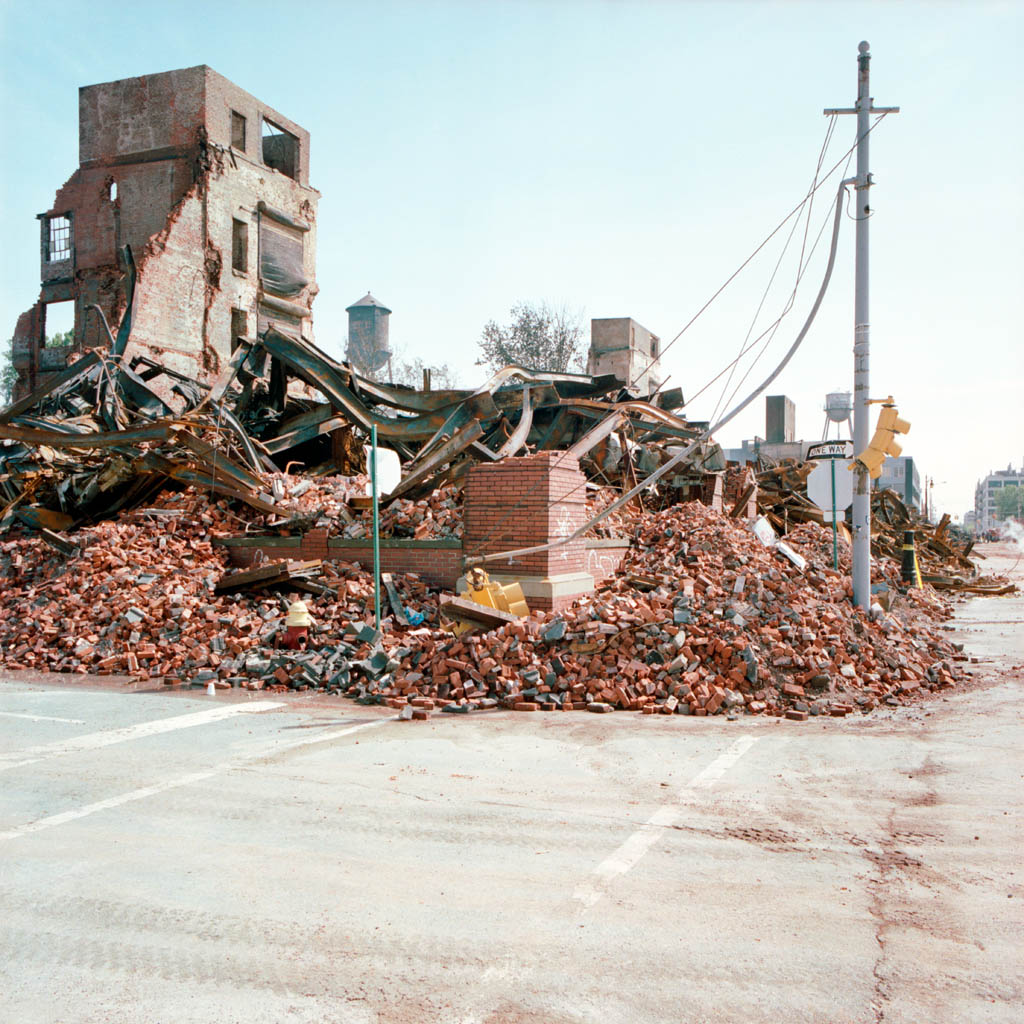 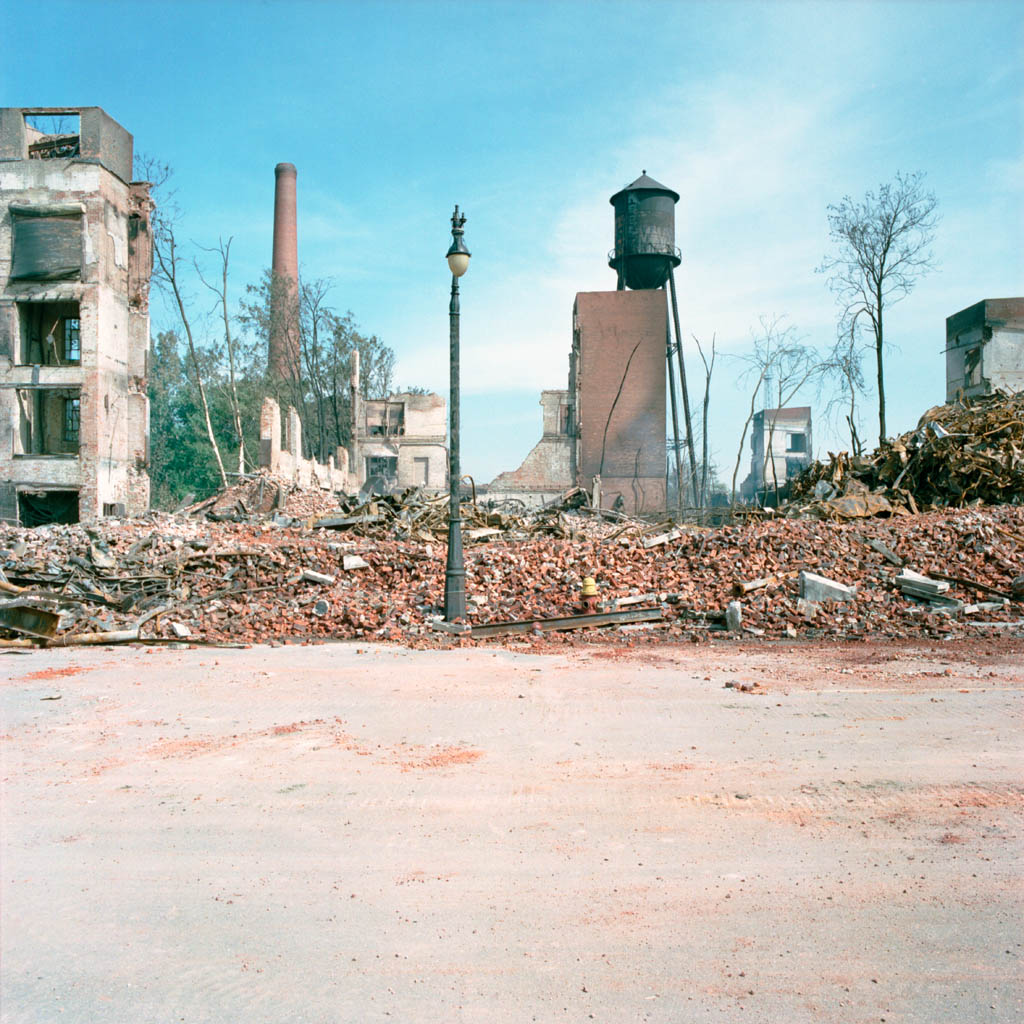 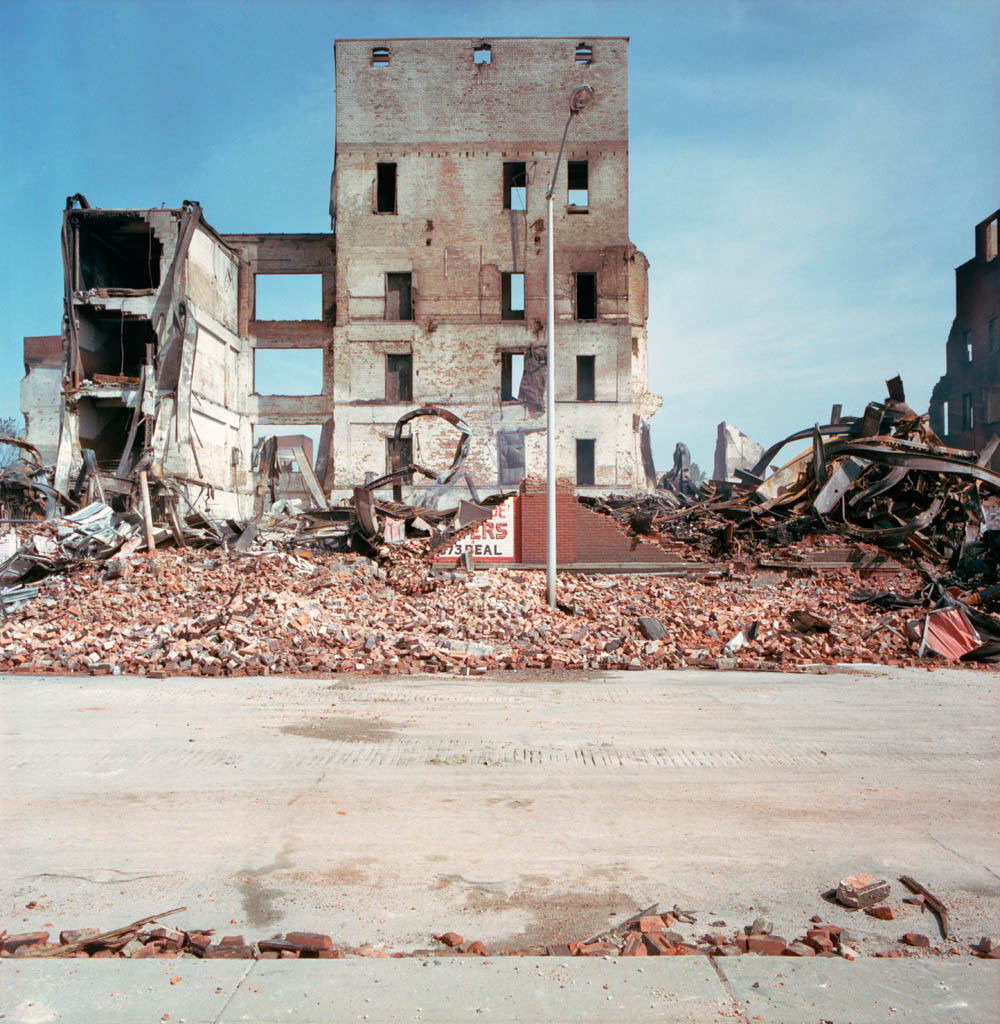 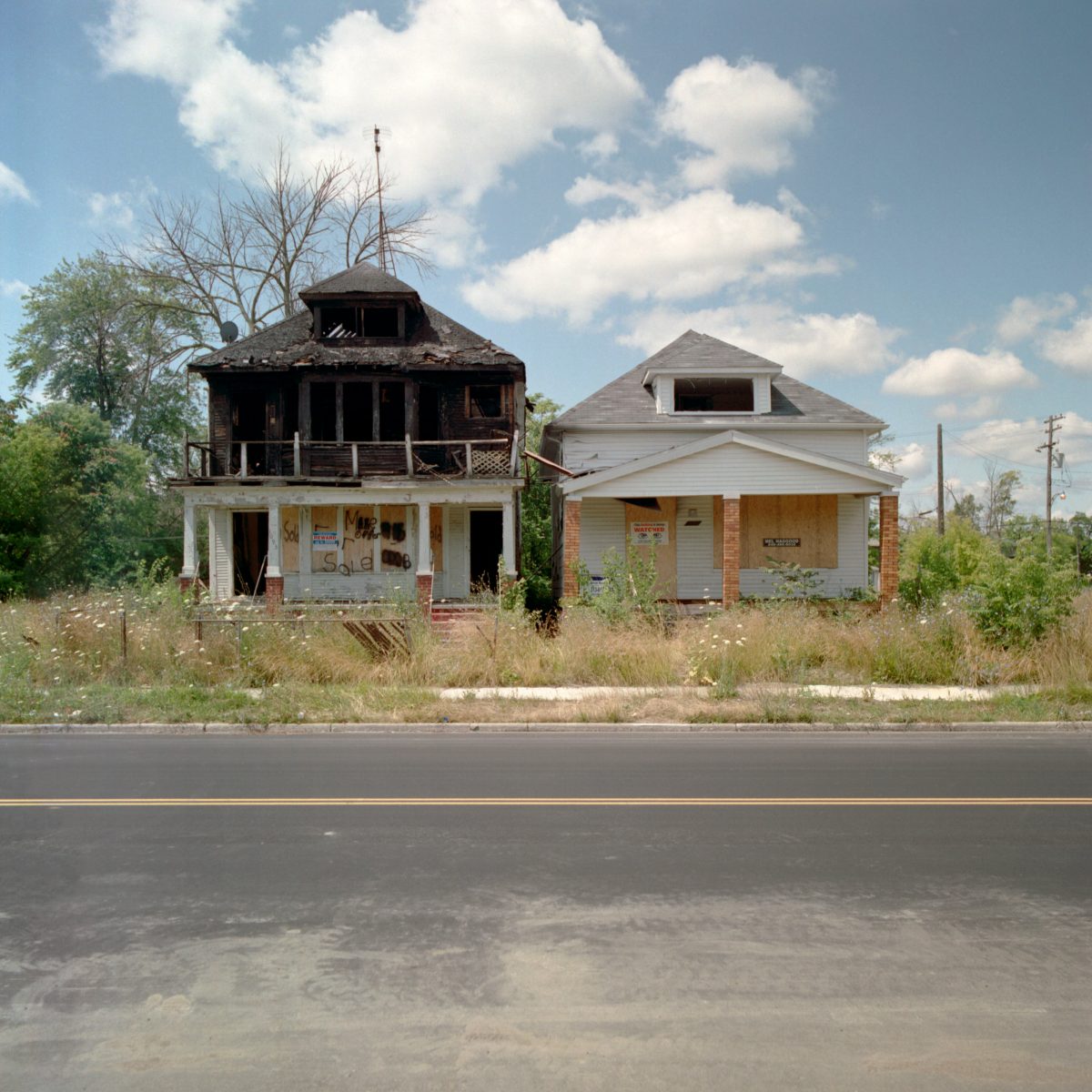