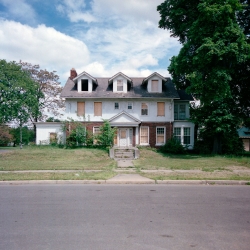 I wrote this a while ago, so many of the links go to older (well, weeks old anyway) articles, but this one article made me think about actually publishing this post. A quote from the 25 year old report called “Path to Prosperity” that caught my attention: “‘We said we had to either get smart, get out’ of manufacturing ‘or get poor,’ Ross said. ‘We got poor.'” I was considering a new tone at The Motor(less) City, but what the hell; I guess it’ll have to wait.

Sometimes I get angry comments and emails about the content I put on my blog. Often times the comments are very defensive about the Metro Detroit area, and hence angry at me. In the past my rantings were really just the online equivalent of screaming into the wind. Now that some people actually read the blog, I’m confronted with the fact that not only do people not agree with me, but some are really mad at me. Not sure if I’m really comfortable with this, but I guess it’s a little late now. Yeah, the truth hurts.

Speaking of the truth hurting, it seems that people from the area, even the defensive ones are going to have to deal with some uncomfortable facts about the state, and city…and the region. Everyone (I hope) knows that Michigan’s unemployment rate is 12.6%, and Detroit’s is 22.8% (and future estimates even worse), but of course that’s not surprising. I think many in the area want to pretend that Metro Detroit is better than it is, and in fact often point out only moderately unique aspects of the area as proof of greatness. “We’re a great sports town”, people often say, or, “we’ve got great architecture.” There are two really good professional sports teams in Metro Detroit (and two pretty bad ones), and there are some very nice buildings in Detroit (the Penobscot, the Guardian, etc), but so what. What major city doesn’t have a couple of good sports teams, and some good architecture? And, really, neither of those things makes the area a good place to live.

I think this is becoming exceedingly obvious as people flee the state at a record pace. As the article clearly points out, the “young and college-educated” demographic that is leaving, is exactly the demographic that is needed to save Metro Detroit. As the population becomes older, the costs that will burden those that actually work will go up. The fight will continue over taxation, investment, and education, but it’ll all be for naught if we can’t figure out a way to attract people who create jobs instead of just those who need jobs. We aren’t going to be able to convince enough companies to come to the area to make up for all of the manufacturing jobs that have been lost, but we can make the environment more inviting to those who are the job creators. 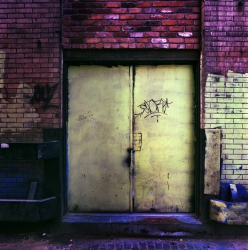 Some other painful truths:

The Big Three are mostly to blame for their problems. It is not just a symptom of the recent economic crisis, that no one could have seen coming. And the people in charge have not been the right ones either.

The problems in Detroit are very complex and deep rooted. Our past still haunts us. Lowering taxes isn’t a magic bullet.

The entire state is hurting, not just Metro Detroit. A quote from the article: “Michigan’s dependence on low-skill, high-paying manufacturing jobs is driving the state to the poorhouse, a new study shows.” I was a “bad” person for saying this recently.

It’s still one of the most dangerous cities in the country.

The citizens of Detroit constantly elect crooks. This one is not often disagreed with.

Good news? Well, there may be. It depends on your political persuasion.

There are some young entrepreneurial types that are doing their part to keep their own demographic from leaving the state.

The large tax incentives given to film productions in the state appear to be attracting larger and larger productions, bringing some jobs with them.

Immigrants could be the area’s future if we are open and inviting.

Stimulus dollars may help with high speed transit between Detroit and Chicago.

Oh well not exactly from Detroit 😀 but I really appreciate your work. I Agree with you that intellectual impoverishment in an area is one of the worse things that could happen, things at that point could only get worse. I’m experiencing the same in area of traditional intellectual emigration. There it seems that there is no way back. Unfortunately it requires a lot of emotional investment do do something different than migrate.

Thanks. Yeah, unfortunately, I’m sure Detroit’s not the first, last, or only area to see a major “brain drain” occur. I’m sure it’s been going on for a long, long time. It’s just very pronounced when it occurs in an area that was, at one time, a national, if not world, leader. For Detroit it was a long slow decline, with a precipitous drop off a cliff in the last few years.

The easy way out is definitely to just leave it behind as many are doing. I have done it as well, but would like to find a way to get back there and make a difference.

I have no disagreements with your postings or positions on this site; instead, I feel you’re stating a view that’s always been in the collective subconscious but all too easily dismissed because of its complexity and the reluctance to accept the reality of a dying American city. You’ve done a great service by providing a voice and images to illustrate the ongoing crisis.

I’m amazed when I contrast the Detroit in the stories of my parents and grandparents with the present situation. In less than two generations so much has changed. My family left to pursue occupations outside of factory work and wound up on the other side of the state. Here the economic outlook is also quite uncertain, yet to many I know, Detroit seems like an uninhabitable post-war area littered with minefields and toxic residue. I would like to say I have hope, but I feel that these are the early years of another era of wholesale abandonment and demolition, worse than those that came before.

Thanks Outwest. I agree. I don’t think Detroit has hit bottom yet. It’s got a long way to go…

In This article, entitled The truth hurts…

In your conclusion, you stated: “Immigrants could be the area’s future if we are open and inviting.

It would actually be more truthful to say “Refugees” instead of “Immigrants” While some did actually “immigrate” the vast foreign dissent are actually “refugees” that are funded with Federal dollars.

The proportion of refugee/asylee seekers is miniscule in comparison with individuals who traversed the byzantine labyrinth of that is known as the US immigration system. Randy’s perspective seems to be the de jure talking point that many anti-immigrant groups are pushing.

Assuming, in arguendo, that the majority were refugees. Considering what it means to be a refugee as well as the fact that the U.S., since its inception, has been welcoming those from disaffected areas, I find it troubling to use this group as a convenient scapegoat. They most assuredly are not receiving any sort of free ride.

This is a fantastic blog. Extremely well thought out and written. As others have stated, you do a great job in giving voice to the collective unconscious thoughts that many of us have towards Detroit.