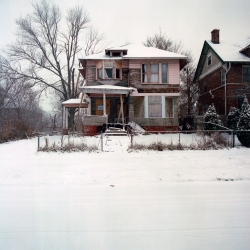 I saw the following in a Richard Florida article in the Atlantic Monthly, titled How The Crash Will Reshape America: “The great urbanist Jane Jacobs was among the first to identify cities’ diverse economic and social structures as the true engines of growth. Although the specialization identified by Adam Smith creates powerful efficiency gains, Jacobs argued that the jostling of many different professions and different types of people, all in a dense environment, is an essential spur to innovation—to the creation of things that are truly new. And innovation, in the long run, is what keeps cities vital and relevant.”

My experience has certainly led me to believe that this is true. I recently read this article about “job sprawl”, which is the condition that exists in Metro Detroit, where most of the jobs are far away from the city core. I once read an article in the Oakland Business Review, about a company located in Oxford, who was unable to find a qualified software engineer. My first thought was, “no shit?” If you are located over 40 miles from the nearest large city, you should probably expect it to be hard to fill technical positions that require a lot of training, and/or education. It looked like a good fit for me, but living in Berkley at the time it was still 30 miles away, and probably an hour or more drive in rush hour traffic. When living in Washington, D.C., I was bombarded with calls and emails from recruiters and head hunters, trying to fill web developer positions in the D.C. area. If the job was not located on the Metro line, or at least within walking distance of the line, I simply said I wasn’t interested. 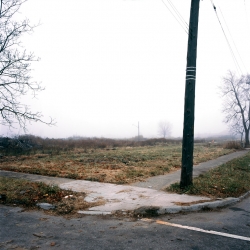 If you employ low skilled workers you can locate almost anywhere, but if you need highly skilled, and/or educated, you’re best bet is to be near an area with a relatively high population density. It’s fairly easy to find low skilled workers. Not so when it comes to skilled labor. I’ve had recruiters from around the country contact me because of my specific skill set. They are often having trouble filling these positions. I’ve now worked for multiple companies in densely populated areas that had trouble filling positions. In fact I am currently working for a company that has been trying to fill positions since before I began work there almost a year ago. They are located in an urban center where there is an active high tech community. If they were located 40+ miles from the city, their chances of filling the positions would be slim to none. It’s not that tech workers don’t like the country side; it’s just that in an urban setting you have a much higher concentration of such workers. Your chances of finding the person to fill your high tech role far from the city are not as likely. Someone is going to have a long drive…if they’re willing to do it at all.

Will this change in Detroit? I don’t know. I’m not all that optimistic about Metro Detroit’s outlook. Areas like Royal Oak, and Ann Arbor at least have, arguably, resources, infrastructure and population density to decent tech centers. Currently, Ann Arbor is the area most resembling a creative center, and has the advantage of one of the best public universities in the country. Detroit has the New Center Area, and the Central Business District, but both areas are fairly far from the areas with the highest concentrations of creative workers such as Ferndale, Royal Oak, and Ann Arbor. Detroit has a long way to go to even approach the level of safety, livability, and urban conveniences that the previously mentioned suburban areas already have. Detroit’s advantage at this point are the incredibly low costs of land and buildings. The fact that a start up could acquire large amounts of space and land for very little money should a selling point. The fact that the area is losing the very residents a start up often needs, along with a reputation of as one of the most dangerous cities in the country makes the few pluses at lot less valuable. Detroit will need both the grass roots enthusiasm it’s been seeing, along with large amounts of public, and private funding to even have a chance of becoming a reasonably desirable place to live or do business.

I read here in Italy, these days, many newspaper pages about Detroit, due to this FIAT-Chrysler marriage…the picture a deperate blue collar hell.

I don’t think Detroiters should be hopeless;
What damn thing have other cities like Toronto or Minneapolis, that Detroit can’t reach ?

I live in a city that many people tell as the ugliest in Italy, Milan, but Milan do has a soul ( I love-hate her ), and the same is for Detroit.

I think Detroit is the most interesting city of USA, She is able to tell us about some truth She only really know.

come on, ramblin’ gamblin’ men ! Let’s run against the wind.

I think Detroit has a really rough road ahead, though not an impossible one. An area can remake itself. Detroit’s problem has been that it doesn’t want to remake itself, but instead wanted to hold onto the past.

But Detroit, being almost a clean slate, does have the chance to remake itself, and there plenty of interesting ideas floating around. Time will tell if Detroit can be successful at any of them.

I hail from Detroit, and I do agree that my city has a long road ahead of it. I’m glad to have read this article and the comments that were left, however, because it tells me that not only are us Detroiters determined to revive it, but so are people outside of it (although one is in Milan). Keep up the support, everyone!