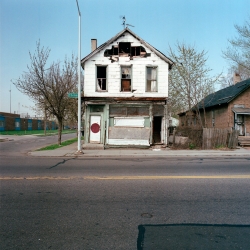 I’ve just begun using Twitter. I’m really just kind of eavesdropping on other peoples conversations, or at least parts of conversations. According to my eavesdropping the hot topic regarding Detroit is cheap houses. With NPR, Anderson Cooper, The New York Times, CNN, and other news organizations reporting that houses are selling for as low as $1, artists are buying up neighborhoods, foreigners  are snapping up real estate for investment, and Detroit’s rebirth is right around the corner, it seems everyone wants to buy a house in Detroit.

Some of the Tweets I saw on the topic of cheap houses in Detroit included:

“They just said on NPR that you can buy a slightly run down house in Detroit for 100 bucks.”

“foreign investors flocking to detroit for cheap houses. me want in!”

“We should all move to Detroit. $100 houses. We could live off our savings for years.”

“Are you buying a house in Detroit? Are the $8000 houses habitable, and in safe neighborhoods?”

“I think I am going to start investing in Detroit too, and so should you. Houses for $12K, thats crazy!”

A few of the articles really make it sound like a great opportunity to get in on a creative revolution in the Motor City, but if you read more than a few of the articles, and listen to some of the reports, you quickly learn what most Metro Detroiters already know; that it’s not so simple.

Listening to the NPR report you find out that even as some are moving in to a neighborhood, others are desperate to get out. Even the two artists, who are the story’s focus, admit their house has been broken into three times, and one of them has been threatened.  Detroit’s poverty rate is about as high as it gets in the developed world, the unemployment rate is above 20%, and the crime rates are equally high. Furthermore getting a house up to code in Detroit is a test of anyone’s commitment, and insuring that house, and your car (which can’t get by without in Detroit)is ridiculously expensive.

And then of course there’s Detroit’s wonderful city services. Will your garbage get picked up? How long will it take to get power back after desperate thieves steal the transformer off the pole down the street? What happens if you’re robbed, shot, or otherwise injure…how long will it take to get police (when I was trapped by a pack of wild dogs, the police operator told me it would be a couple of hours), or EMS to arrive? Where do you go for groceries? Kids? …forget it.

I’d love to go down, and buy a cheap place, fix it up, and be a part of a renaissance, but unless a couple hundred of my friends decide to do the same thing, at the same time, I’m likely putting myself, and my family in a bad situation. Is it worth it to be an urban pioneer with all of the risks involved, simply to get dirt cheap housing? The thousands that leave Detroit each year would say no. Many have struggled for years, to make the situation workable, and most have failed. Not all of the areas in Detroit are not bad, but you won’t find $500 houses in those areas. The prices in the nicer areas aren’t that high compared to other urban areas in the U.S., but they’re much higher than the prices thrown around in the recent reports.

I hope this trend continues, and some creative oases arise from the urban rubble of Detroit. I feel there are some opportunities for some special people, and maybe someday, some areas will actually attract average people who don’t want to be burglarized on a regular basis, who don’t want to pay several thousand dollars per year for auto insurance, who don’t want to have to drive back out to the suburbs for groceries, and who actually want to feel somewhat safe in their homes. 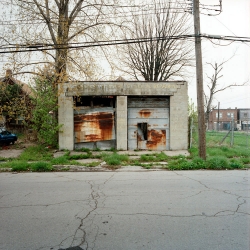 Warning: From this point down, large amounts of sarcasm will be used.

Other topics being mentioned on Twitter include Metro Detroit mass transit, and another attempt at passing a smoking ban in bars and restaurants. Mass transit is still a ways away from reality in Metro Detroit, but at least our regional politicians are getting on board. Less than eight years ago, L. Brookes Patterson, stated on Michigan Public Radio, that “we can’t afford to invest a dime in an experiment like mass transit.” Apparently after eight long years of testing around the world, he’s concluded that mass transit is no longer experimental. Whew…glad that’s been determined. Fortunately our leaders are only about 40 years late on making a decision that the are needs a comprehensive transit system. Maybe if they get it running in another 15 years, we can really attract that younger, highly educated demographic we’re looking for.

And bar and restaurant owners, against most widely available studies on the subject, are dead set against joining the rest of the country in banning smoking indoors in public eating and drinking establishments. Obviously the ban has been detrimental to the local economies in New York, California, Italy, Chicago, and many other major cities, and countries around the world. In fact the ban is probably the cause of this world wide recession. Smokers have just stopped going to bars and restaurants. Good thing Michigan dodged that bullet.

Hi, I don’t mean to sound slow and retarded but in Australia we are hearing heaps about how Detroit has houses available for as little as $1.

I can see from a mile away that it’s a dubious opportunity but i wonder if Detroit would make an international come-back if it tried to jump to the forefront of some eco-vehicular transport opportunity.

Why can detroit pull itself out of its dismal demise by producing Electric, hybrid or Bio-oil cars?

I just don’t understand how an entire city (and certainly not a small one) can start to demise to the point where other countrys can start buying up houses for $1.

Can you summarise Detroit in a few paragraphs as it stands today?

No need to feel slow. Some of us from Metro Detroit have been asking the same questions for years. The problem is that most have not been asking any questions at all, and that includes the political leaders from both sides of the aisle, corporate leaders of the Big Three, and even the citizens whose well being was/is dependent on the well being of their community.

I think a complete lack of foresight and/or complete indifference to the future was the area’s biggest downfall. It takes a critical mass to get the ball rolling on economic transformation for an area the size of Metro Detroit, and the area’s lack of educated workers, high crime rates, and corporate and political corruption and cronyism led to “don’t rock the boat” mentality. If the way things are works for you why change? And the employees of the Big Three and it’s suppliers were very well paid for the education required. People chose the assembly lines over college because they could make close to six figures right out of high school.

Supporting the status quo became the job of Union leaders and politicians. By supporting the workers you could almost guarantee reelection. The CEO’s simply wanted to get their bonuses, which were usually based on the value of stock, which meant maximizing profits now, not setting the company up for a long, profitable future. Unfortunately this short sightedness is exactly the reason that the Big Three are in such dire straights.

Since the politicians didn’t want to rock the boat, and most of the citizen’s had some dependency on the Big Three, no one wanted to take on the difficult task of preparing for the future. This mentality, is of course, to some degree, human nature, but close to 100 years of a sort of monomania for automotive manufacturing made it particularly hard to move away from. Those who saw the problems coming were “pessimists” (hey, that was me!), and usually just complained, or eventually moved away (that too was me.).

Now that the area’s back is against the wall there’s talk of transformation, but with the downturn in the economy, the lack of much entrepreneurship, and a shrinking population, it’s going to be hard to make the necessary changes. Plus there’s plenty of long held grudges, egos, hard feelings, and anger that gets in the way of any type of agreement between the different parties involved. Everyone points fingers, refuses to accept their share of the blame, and is generally not willing to make the necessary sacrifices in order to head in the right direction.

There’s always hope. And if enough of the old guard leaves the area for greener pastures, and a new population of hard working, entrepreneurial, and progressive types begins to move in, change will eventually make it’s way to Detroit. It’s got great potential. It’s almost a blank slate, just waiting to be made into something new.

That was a hilarious story on NPR..Funny yet not..Especially in this housing market I think its a little questionable to tell people that for as low as a dollar they to can own there own home..Oh yea as long as you have a gaurd dog, security system and a gun or two..I think most people have no idea how far a city can fall..Detroit truly is like no other city in America today..

There’s no doubt that Detroit’s not yet reached bottom. Houses for $1 or even $10,000 may be an opportunity, but they are most definitely an indicator of how bad things really are.

You’re absolutely right that Detroit is like no other American city.

There are still some really nice neighborhoods in Detroit. Ours is threatened by foreclosures and had lots of empty homes, something that’s never happened before in this area, but it’s still a terrific neighborhood with a good neighborhood organization working to hold things together. We’ve been here 26 yers, hve no plans to move. A young family just bought the foreclosed home across the street for a fraction of its price a couple of years ago, are adding better insulation, etc.

Nancy, that’s great to hear. And I don’t doubt there are other streets and neighborhoods like yours. Areas like Indian Village only survived as well as they did because people with sentiments like your own stayed put through the years.

YOu can have the house in Detroit for 2009 taxes… period