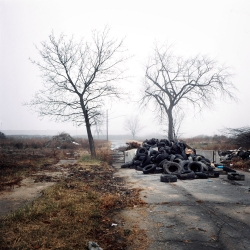 It seems the Big Three, and consequently Detroit, doesn’t have too many friends these days. Public support for a bailout of financial companies had little public support, and the U.S. automotive industry has even less. The industry has been viewed by the average person as a slow moving, inefficient, and wasteful industry incapable of producing quality vehicles. The politicians see an industry that fought against requirements for producing more fuel efficient automobiles, lobbied for tariffs on light trucks and SUV’s, had out of control expenses,  and couldn’t see far enough down the road to be ready for a day when the public didn’t want Hummers or Excursions anymore. Unfortunately many who were too close to the industry didn’t, and maybe still don’t, see things this way.

Rick Wagoner testified in Washington on the need for a government bailout for the Big Three. In his statement Rick Wagoner made several good points, including, “General Motors directly employs approximately 96,000 people in the United States”, and “Last year, we purchased more than $30 billion of goods and services from more than 2,000 suppliers in 46 states.” He also made the claims that GM had made tremendous progress in recent years, by cutting costs, improved vehicle quality, and lowered legacy costs, and that the biggest problem was out of their hands. Rick Wagoner stated that it was the downturn in the economy and the automotive industry, and the current credit crisis that posed the greatest threat to GM’s survival.

I have no love for the Big Three. Over the past decade I’ve watched as CEO’s pushed off dealing with a broken business model, and walked away with fat payouts for their short-sited, and almost certainly, damaging business decisions. The lack of foresight that the American automotive industry has shown, seems to be almost unequaled. Sure other industries have failed to see what was right around the corner, but the ability of the Big Three to ignore the obvious, and insist on business as usual while the industry was cratering, was astounding.

All that said, we’re all on the hook for this one. So while I can still be angry that assembly line workers could make upwards of $140k (yes, I know someone who did…), and that CEOs could make millions while steering a once great industry straight down the drain, I have to remember that Detroit, Michigan, the Midwest, and the entire U.S. economy is still dependent on it. With out, not only do employees of the auto companies lose their jobs, but those of the suppliers, and those who sell meals to workers, and employers, and so on and so on.  The numbers who are indirectly connected to the industry are staggering. I am bitter and angry at how these companies have been run, but I’m not willing to cut off my nose to spite my face. Unfortunately I need the Big Three and so do you. What I want to know is why financial companies that made very poor business decisions and took dangerously large, and over leveraged risks, while paying managers and CEOs millions, get a bailout on my dime, but one of the largest industries in the country, seems to be so undeserving.

I think loans should be made, with conditions. The current management and board of directors are out, and long term plans of action must be in place. Management and the U.A.W. need to be on the same page (I was once told by the head of the U.A.W Chrysler that it was “a war between the U.A.W. and Chrysler.” Sorry, thought you were both trying to achieve the same goal…), and the public gets paid back with interest.

How to fix the Big Three

In Detroit, Failure’s a Done Deal

Detroit is going down — if not now, eventually

Saving Detroit from itself

No need for bailout, say diners near thriving car plant