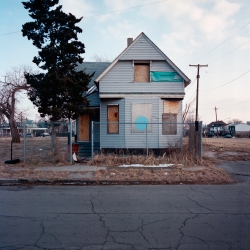 It’s hard to let go of the whole Kwame Kilpatrick thing. He (supposedly) holds a party with strippers in his mayoral mansion when his wife was out of town. The stripper is killed. Police officers investigate. The mayor fires the investigating officers, who sue the city for wrongful termination. During the trial, the mayor commits perjury, over an affair with his chief of staff. The city settles with the officers for $8.4 million, and Kwame goes to jail. Kwame gets out of jail. Kwame gets six figure job with a division of Compuware.

Now you may think that given the state of the economy in this country, that it would be very easy to find a qualified sales person (who gets paid anywhere from $120,000 to $360,000 annually), who isn’t a convicted ex-mayor. So it’s not surprising that Peter Karmanos finds himself having to defend his decision to hire a corrupt, former politician, who’s just gotten out of jail after committing perjury, while having an affair, and costing his city over $8 million. Peter must owe somebody big time.

To all the unemployed, non-perjurying, non-cheating employees, who haven’t cost their bankrupt employers over $8 million in wrongful termination suits, and who would make perfectly qualified sales people…it must be your honesty and hard work that’s preventing you from finding that quarter of a million dollar per year paycheck you’ve been looking for. My faith in corporate America has been restored.

As Detroit becomes largely an abandoned wasteland, it can be difficult to imagine a different, and hopefully better future for the city. But with all of this abandonment comes a clean slate. Land is cheap. Housing and commercial space is cheap too. At one time, Chelsea, SoHo, and the Meat Packing District of New York, were places only the poor and creative wanted to inhabit. Now of course, neither the poor, nor the creative (save the few who made it big) can afford to live in these areas anymore. Where are the adventurous, creative souls, who make art, start businesses, and generally make a place into a place that the less adventurous want to live in, to go next? How about Detroit. We’ve got room, it’s cheap, and no one cares what you do.