This shouldn’t be a surprise:

Pew: Almost half of Americans want to live somewhere else

Surely the grass is always greener somewhere else. Though I do have to agree that Denver is a much better place to live than Detroit. Detroit wouldn’t be last on my list, but there are certainly plenty of other places that would appear higher on my personal list of places to live. Gary, Indiana is probably lower on my list…actually, probably all of Indiana is lower on my list. As would be the entire Southeast, and Southwest sections of the country. But that’s just me.

As I’ve said before, Detroit’s problem is not it’s location or weather. And if you don’t know what it’s problems really are, then you probably are the problem…at least partially. 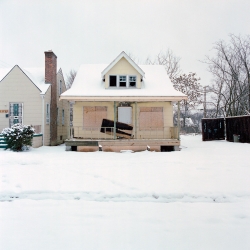