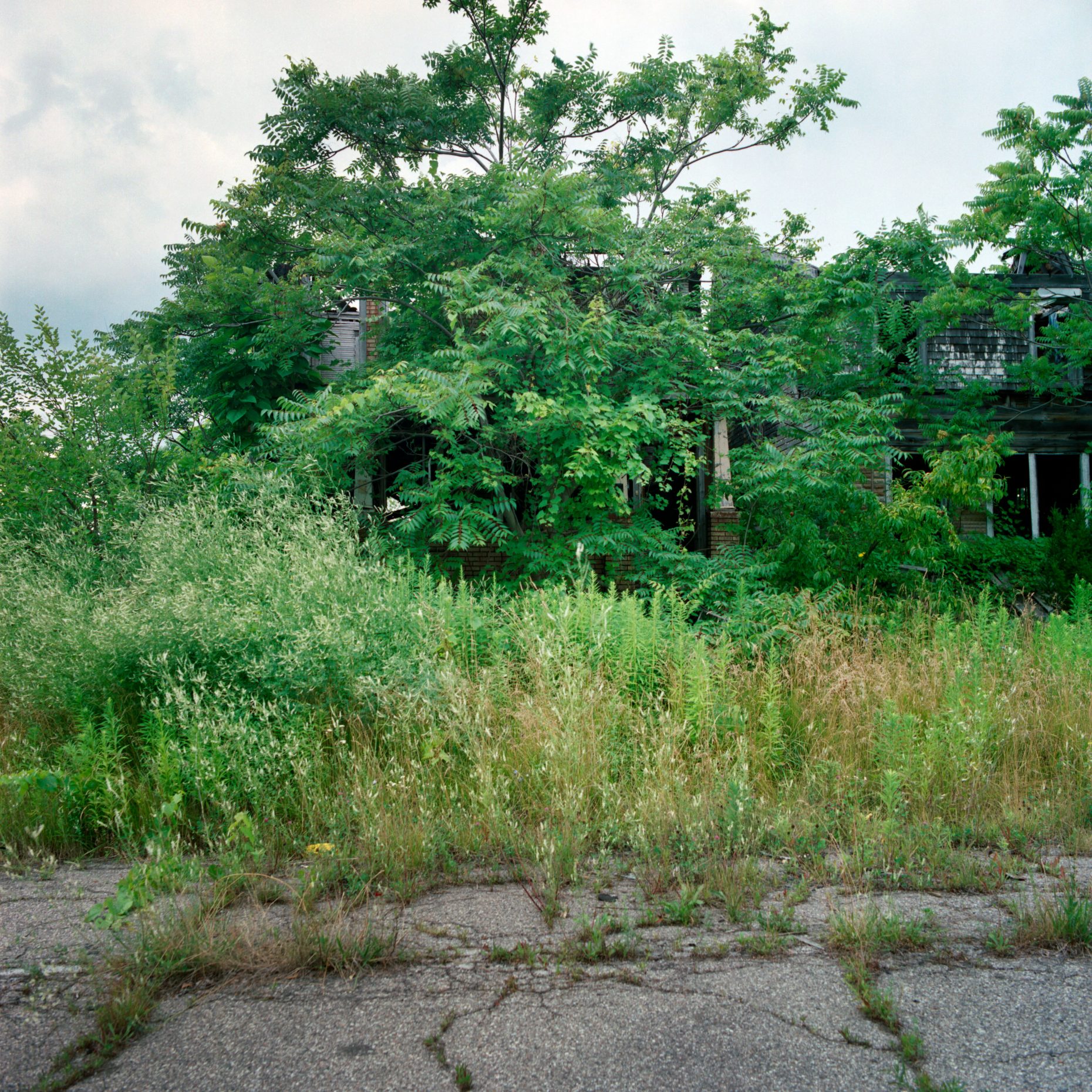 The entire area in which this house is located has been abandoned. Cement barricades block several of the streets, and large weeds, bushes, and even trees are growing through cracks in the pavement. Over the years I’ve visited this area many times, and have been chased by a pack of stray dogs, and had to drive around 20 foot high piles of toilets, and sinks. This time the overgrowth, mainly the tree of heaven (aka. ghetto palm), was almost completely obscuring several of the houses, and the grass was chest high.

Only a short distance away cars rushing from the suburbs to the city, and back again, pass by continuously. From the sunken Lodge Freeway, it’s almost easy to ignore the devestation, as often only the burned out rooftops are visible from the driver’s vantage point. This section of the city borders Highland Park, and has been particularly hard hit by population loss, unemployment, and abandonment.

Musta be the old 12th street (sorry Rosa Parks blvd) ghetto. South of here the rioters did urban renewal with fire. This is the “focus hope” hood I think.

You can see the area on this map:
Map of Abandonment

The three at the bottom of the list on the left are from this area.

The area is actually a few miles north of where the ’67 riots started, and a few blocks east.

oops. My bad. This is the hood across the Lodge from Highland Park. I was six years old at the Montreal Expo seeing 12th street on the evening news. Rutgers university had a “riot map” with a LOT of burning between Linwood and the Lodge from West Grand Blvd to about West Chicago and what looked like even WORSE destruction through a big portion of Grand River. 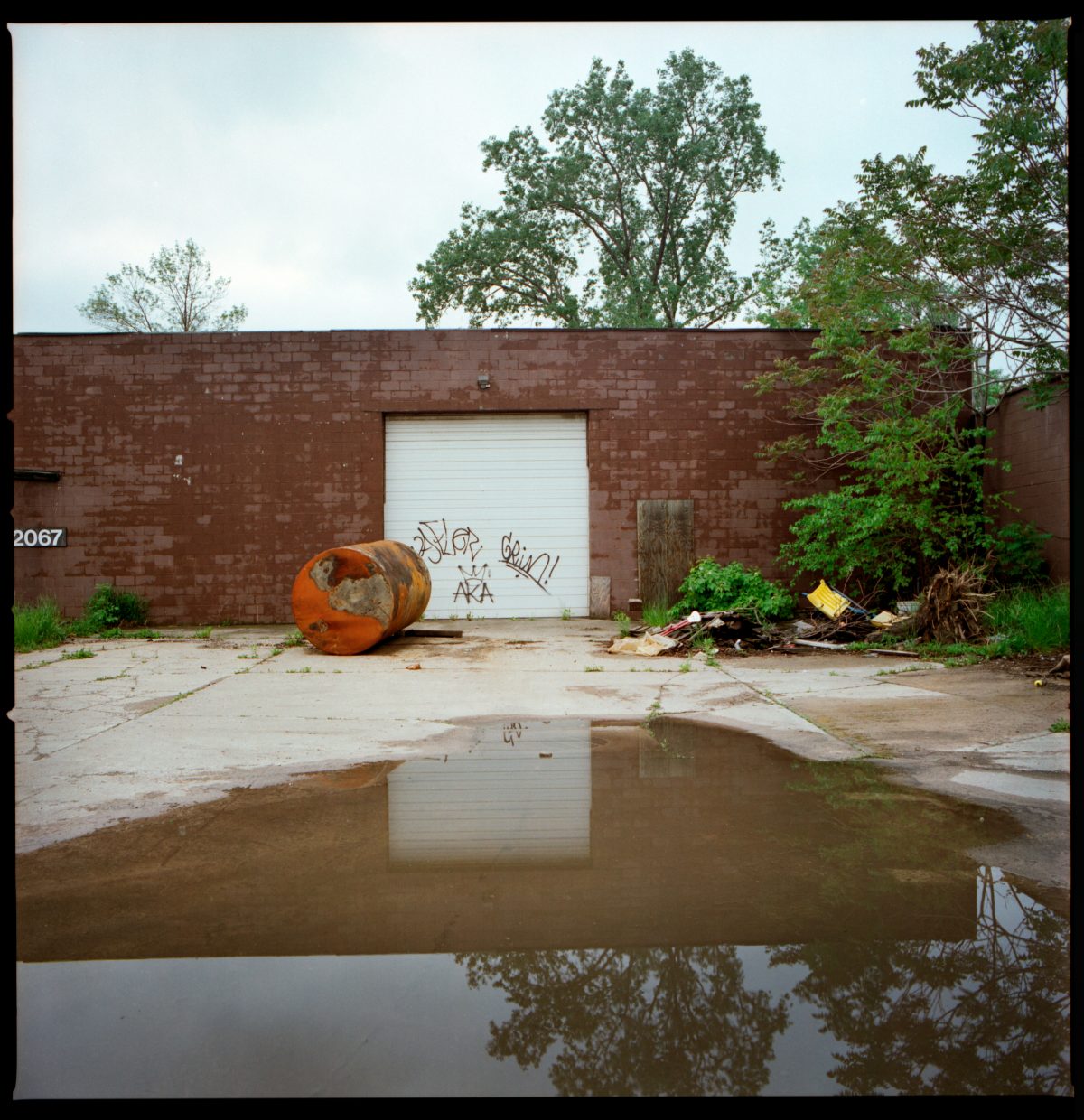